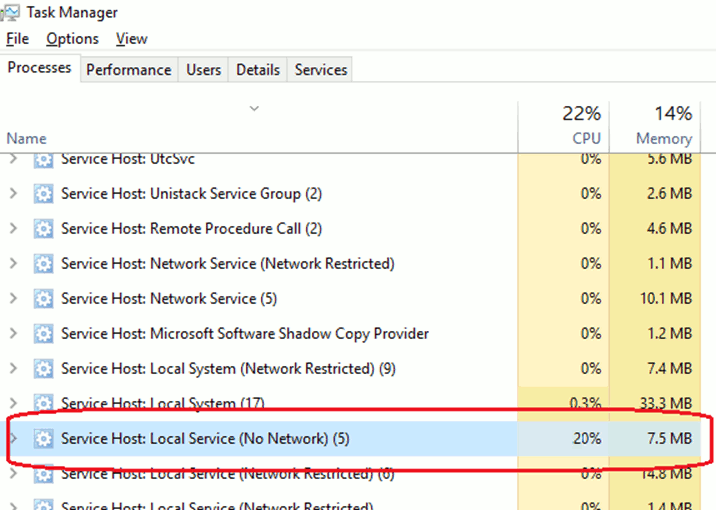 If your server is running unresponsive with high CPU usage attributed to something called ‘Local Service (No Network)’, then it is probably an issue with Windows Firewall.

You can try to correct this by resetting the Firewall:

If this process also hangs then try:

Try the “netsh advfirewall reset” (from CMD.exe as Administrator) again.

Reboot again and if all goes well, CPU usage will return to normal and you should also be able to open Windows Firewall from the Control Panel.